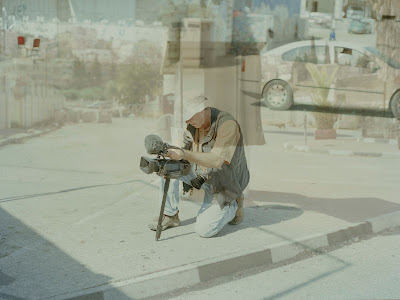 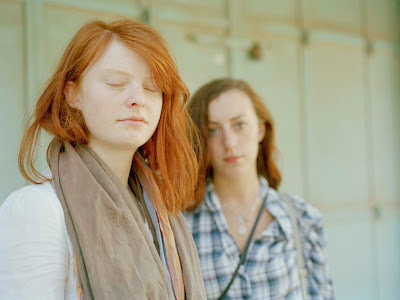 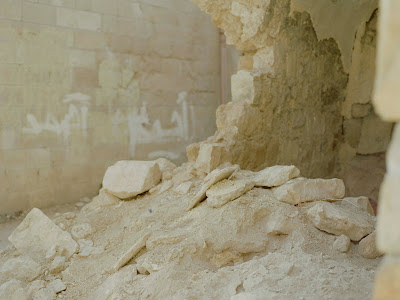 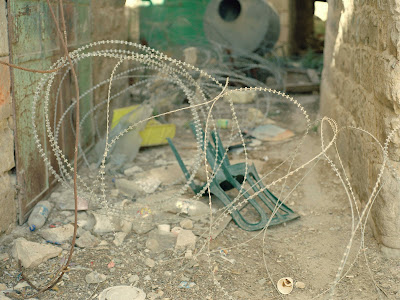 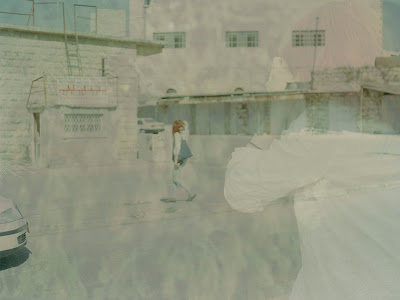 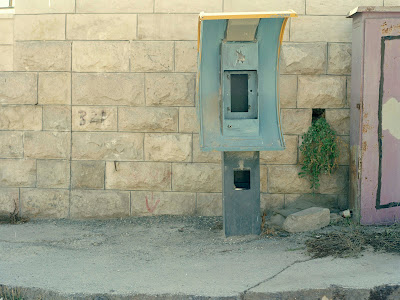 Email ThisBlogThis!Share to TwitterShare to FacebookShare to Pinterest
Two girls in Hebron

Recently I had an intensive experience in Israel during my exchange of
the MFA photography department to Bezalel in Tel Aviv. I chose to travel alone to be open for
new relationships with other people.

During my stay of five months in Israel I made a documentation of two
other female students visiting Israel and the Palestinian territories.
I did not want to make a documentation of Only Hebron. During my shoot
I also focused on the girls that are in the surrounding border areas
of Hebron an occupied territory by the Israeli army and Jewish
settlers. We went there with a group called 'Breaking the Silence' to
look at the areas that are usually best to go to with protection of
police force.

I tried working with the girls perspective of Hebron. I believe that
reality becomes blurred like a dream. I felt that this had a relation
with the way I experienced dealing with a complex political situation.
The way I use double exposures is the way I remember the occupied
territories, like a confusing memory.

The idea of visiting another culture with backgrounds containing
cultural diversities are combined with the environments that contain
political tension, this subject matter is something I would like to
pay attention to.

I tried to give the mostly negative portrayed environment another
perspective by photographing it's visitors as well. Instead of
ignorance and not knowing what is going on in this place I portray
these people who are visiting the areas and see what is going on there
with their own eyes. The documentation is a reflection of curiosity
at even these tense places in the world that we should not forget.
at April 04, 2011 No comments: