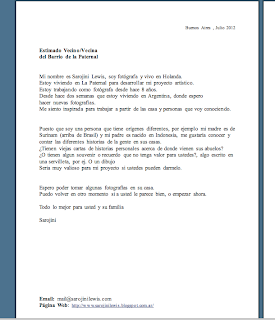 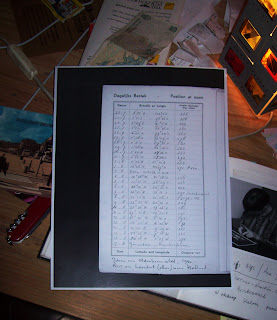 After three weeks time I can communicate with him without google translate, the first conversations we had where only with google translate. I have to take private lessons in Spanish to communicate with the people in La Paternal. Many of the people here don't speak English so it is up to me to invest time in trying to understand the way of living and trying to get a the deeper sense of understanding the people in el Barrio ( the neighborhood). The first three weeks I have been only observing the houses the life on the streets and the sounds. The barking of the dog that lives in the hall way penetrated many moments of my process trying to work on my conceptual approach of the project. The first thing for me two do was to scale the original sea journey from 13.750 km to 1375 meters, you can see this on the map that I posted earlier this month. In this way I believe that the journey gets a relation with the original sea travels made by my granmother. Another aspect is the amount of time that was spent on the boat which was approximately one month. I will spend the same amount of time on the project as the journey lasted inspired by an old shipping diary I found in the national archives in The Netherlands. The map will guide me to see which houses are involved into the project.

Screenshots made of Dario's computer, the photo's are made by him as well.

Rephrasing a memory
In my project I’m inspired by my grandmothers sea travels from Indonesia to Holland. She was born in The Netherlands and returned to Indonesia where her parents originally came from. At the age of 7 until she was 28, she continually travelled by sea with the boot until she decided to migrate to The Netherlands with her two sons when she was 28.  Since she was at the age of 28 she stayed in The Netherlands and never wanted to return to any southern country because of the cockroaches.
When I will arrive in Buenos Aires I will be 28 as well and want to work with all the details of her sea travels. In one way I will try to construct these memories with the help of people I meet in La Paternal. With the help of geographical coordinates I will try to create a route that corresponds with the sea travels of my grandmother in the neighbourhood of La Paternal.
In another way I want to find people who are willing to share there memories of migration in their family with me. First I would like to make several interviews with people about those memories. After these interviews I would work on the constructions of these memories in a visual way with the help of photography and moving image.
I would be extremely happy to collaborate with people who are willing to share their memories and work on this project.
Many regards, 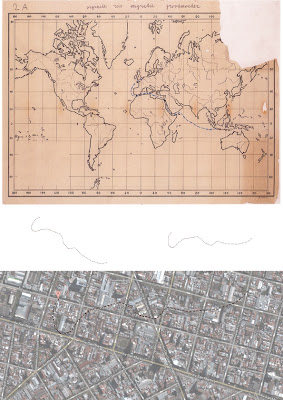