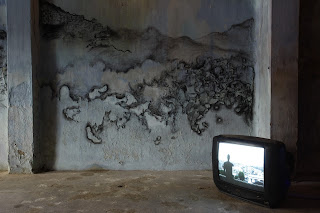 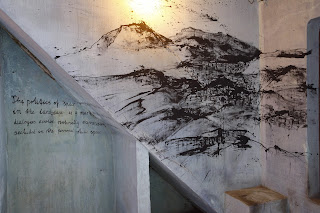 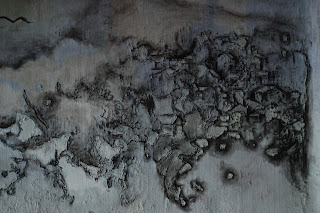 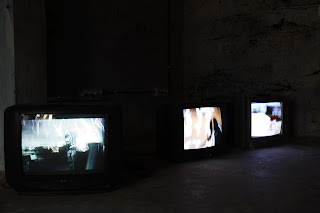 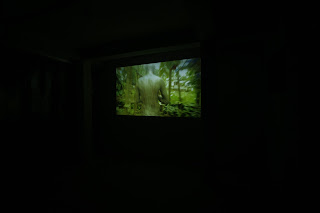 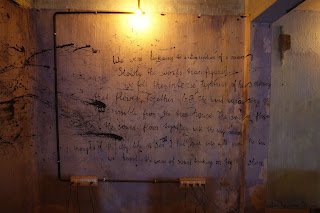 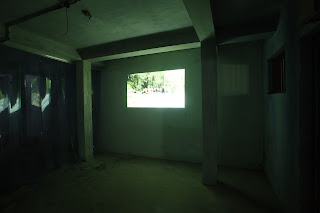 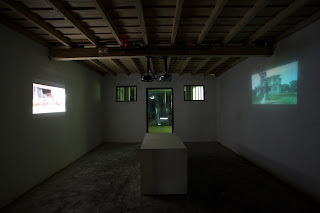 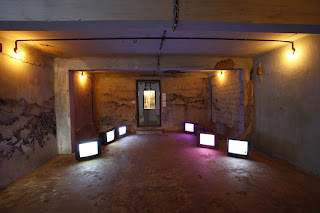 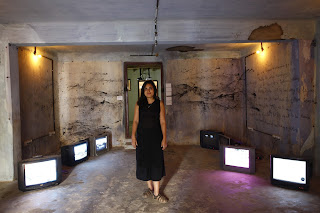 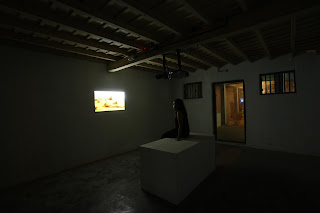 Stone Landscapes of Burning Stars; Redefine and Camouflage
-The Curatorial defined by Actions Collaboration, Performance and Video.
An unfamiliar road, the Sumos on the slippery tracks, an exhausting bus journey. Several directions of roads through forests some of them have check points. Mud covers the front window we drive forward blindness. A tire got punctured at 3 pm in the night on the 28th hour bus journey from Guwahati to Agartala. The swirling roads made me dizzy and the night before I had been throwing up because I could not digest the momos with pork meat. Yet, at the end of the road I arrived at an unfamiliar city that opened up a new narrative.
“The conversations with students who are artists and artists who could be possible students.“
Different perspectives through stars at night. Playing with the city lights.
We formed groups within these formations new thought processes were created.
As a curator I was the participant of this collaborative thought of what yet had to come. Sometimes the dying murdered women, sometimes the chef mixing up visuals, sometimes an unexpected scream, sometimes just breathing in fresh air and writing a note. Sometimes mute, observing, a student.
The politics of the space reappears as a visual trace in the landscape as a mark of ink written on the body. Without emphasizing on political issues of the North East states the dialogues evolves, naturally expressing things in subtle ways, secluded in the personal studio space or a tree house. Something not served as a ready-made statement, one has to discover traces by spending time with the displayed work.
We were listening to the description of the memories of a student. Slowly the words transfigured and we all felt the intense lightness of his memory that flowed together with the wind caressing the leaves visible from the tree house.The sound flowed together with the city sounds that we could hear from the top of the hill. I thought of the city as a sea I had dived into and from this tree house we heard the waves of sound breaking on the shore. I felt amalgamation of thoughts as materials, empty papers that with the touch of writing and slender movements produced various visual scribbling, later this transformed into performances and video works.